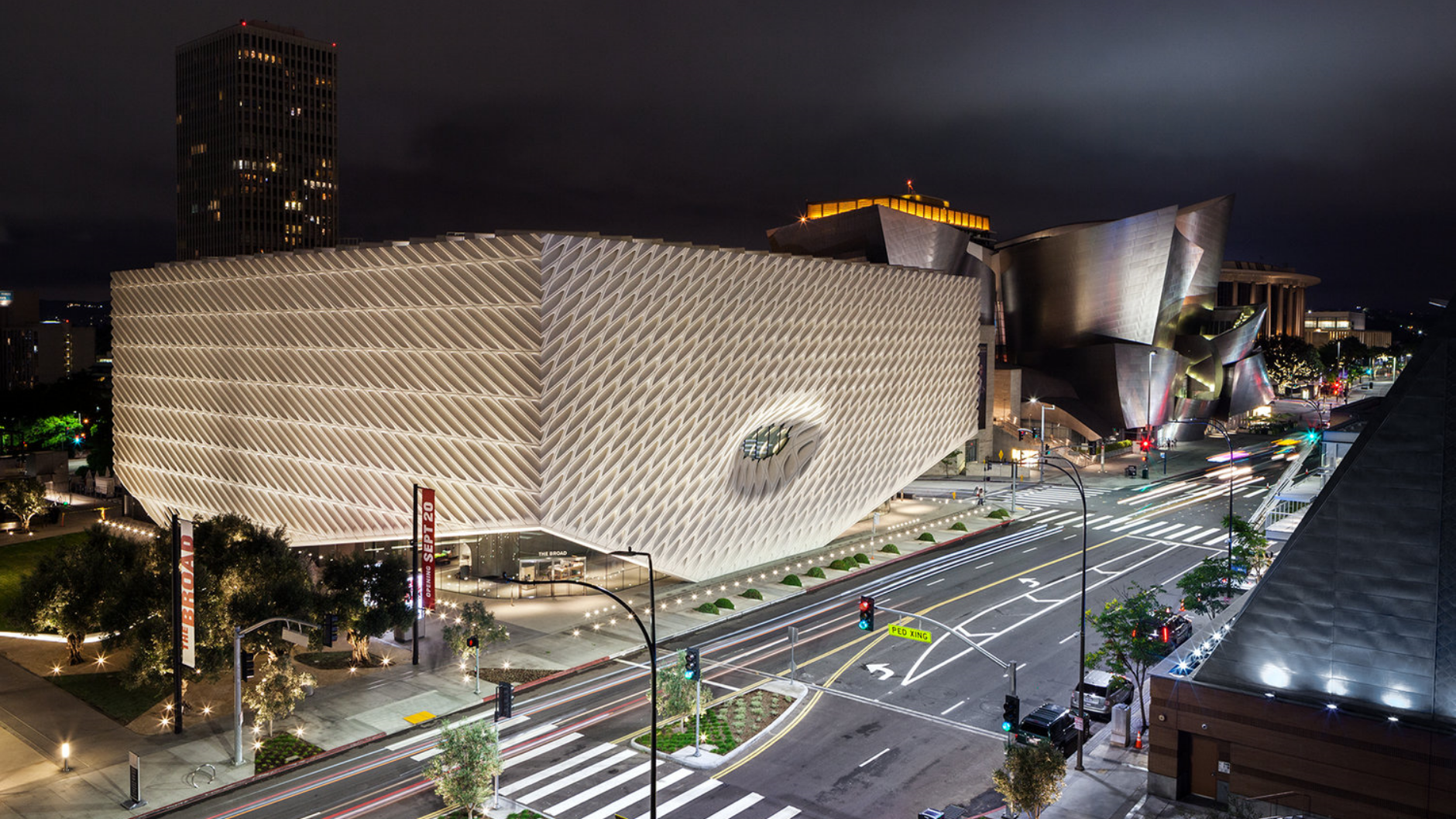 The 24,000–sf plaza to the south of The Broad creates an inviting green space from Grand Avenue to Hope Street, tapping into the new spirit of downtown L.A. through a mix of culture, recreation, and food. The plaza landscaping features a bosque of Barouni olive trees originally seeded in the early 20th century in groves in the Shasta Cascade region of Northern California. Characterized by dappled sunlight, crushed stone paving, and flowering groundcover, the bosque provides a buffer and counterpoint to activity on the street. A sunlit lawn complements the intimate scale of the bosque and provides a venue for The Broad’s outdoor public programming, which will include films, performances, receptions, and educational programs, as well as events produced in coordination with the new restaurant.

The plaza’s furnishings include tree stump tables and seating fabricated from salvaged olive trees, as well as movable furniture to allow visitors to reconfigure the space. A mid-block crosswalk connects the plaza with its neighbors along Grand Avenue, including MOCA and the Colburn School. Wide stairs and an elevator at the end of the plaza allow easy access to Hope Street and the planned Metro station. Other enhancements to the block include wider sidewalks on the west side of the street, new plantings of Chinese Pistache trees, and installation of LED street lights and in-ground uplights in front of the museum. The Broad Plaza is a collaboration with Hood Design. 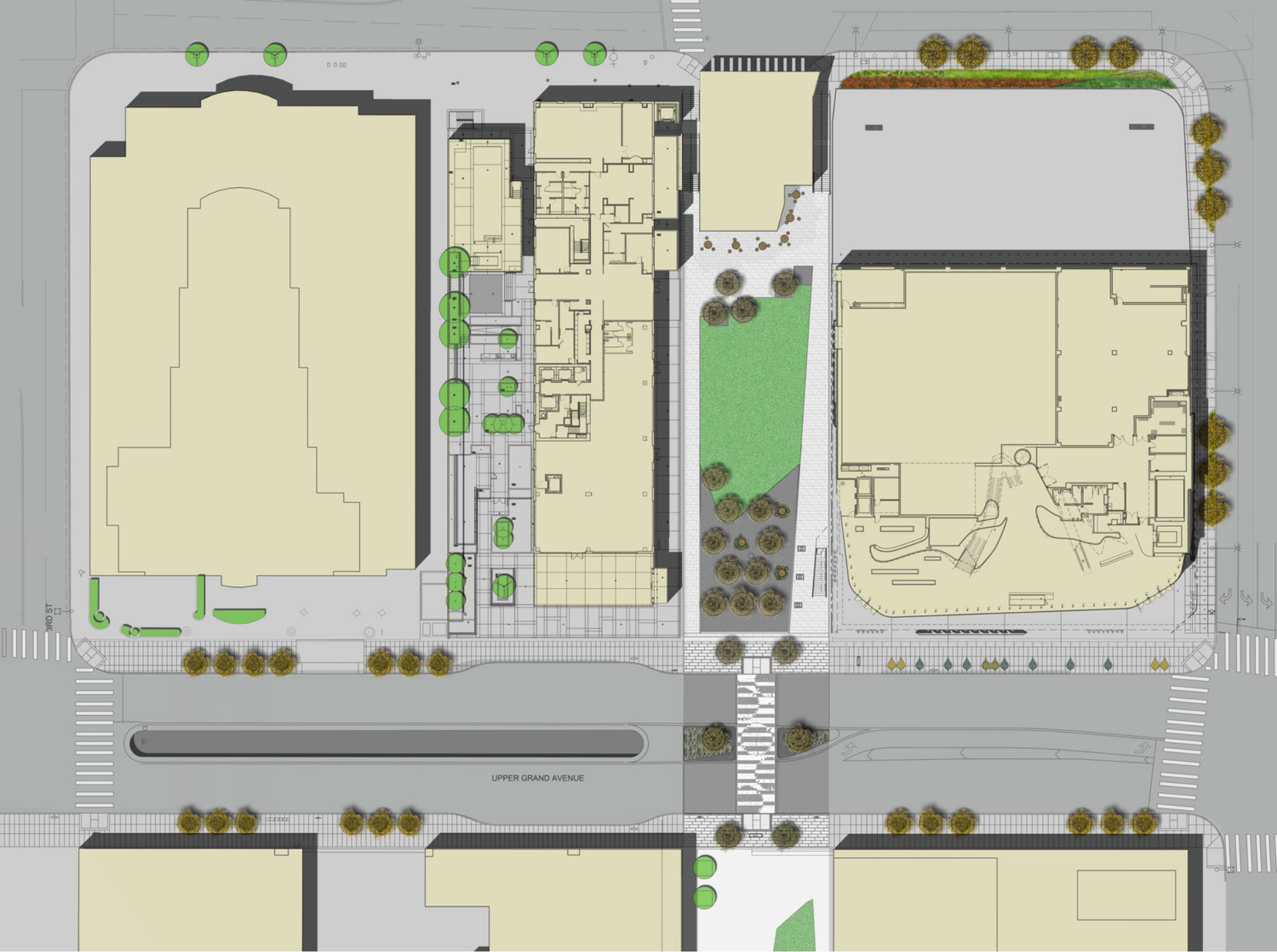 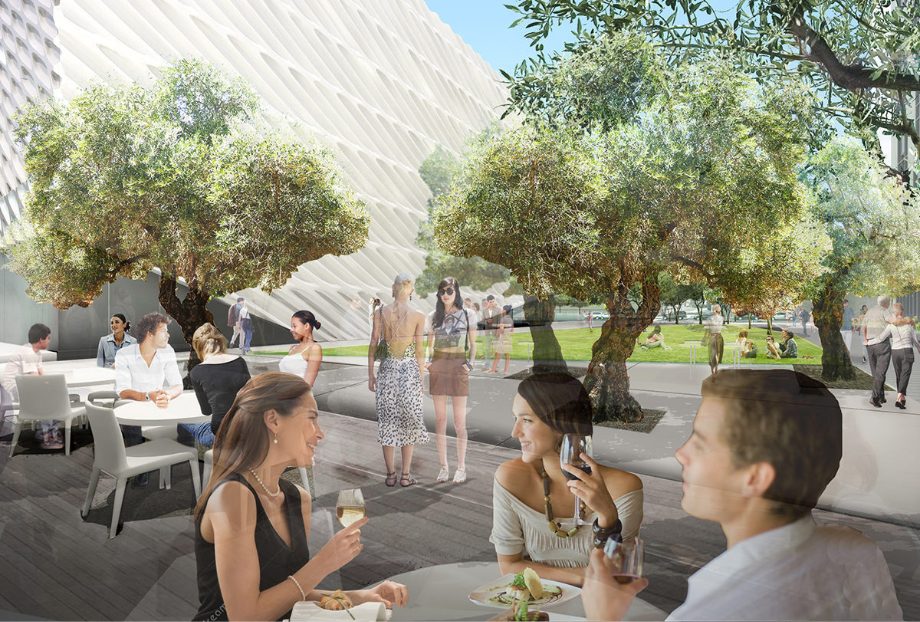 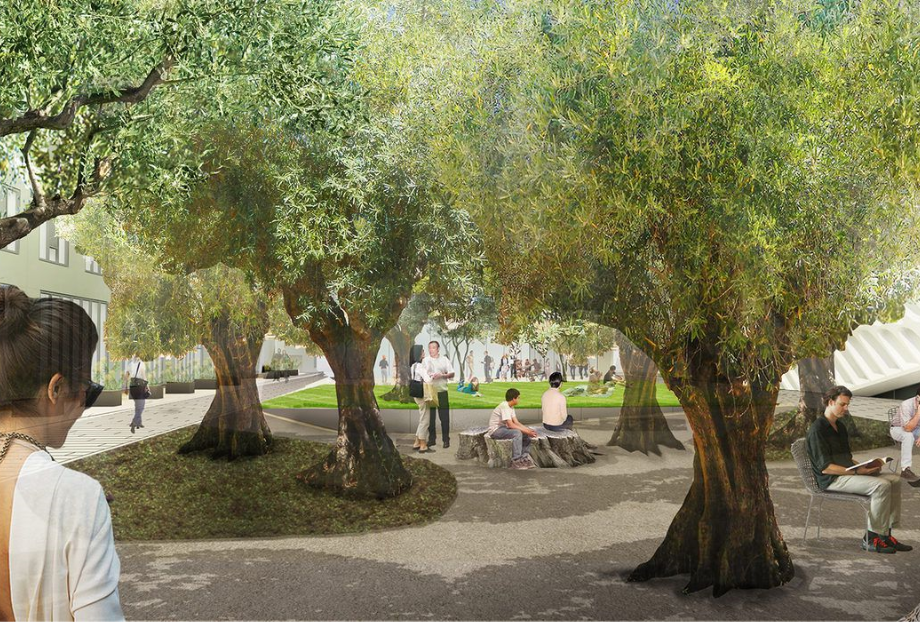 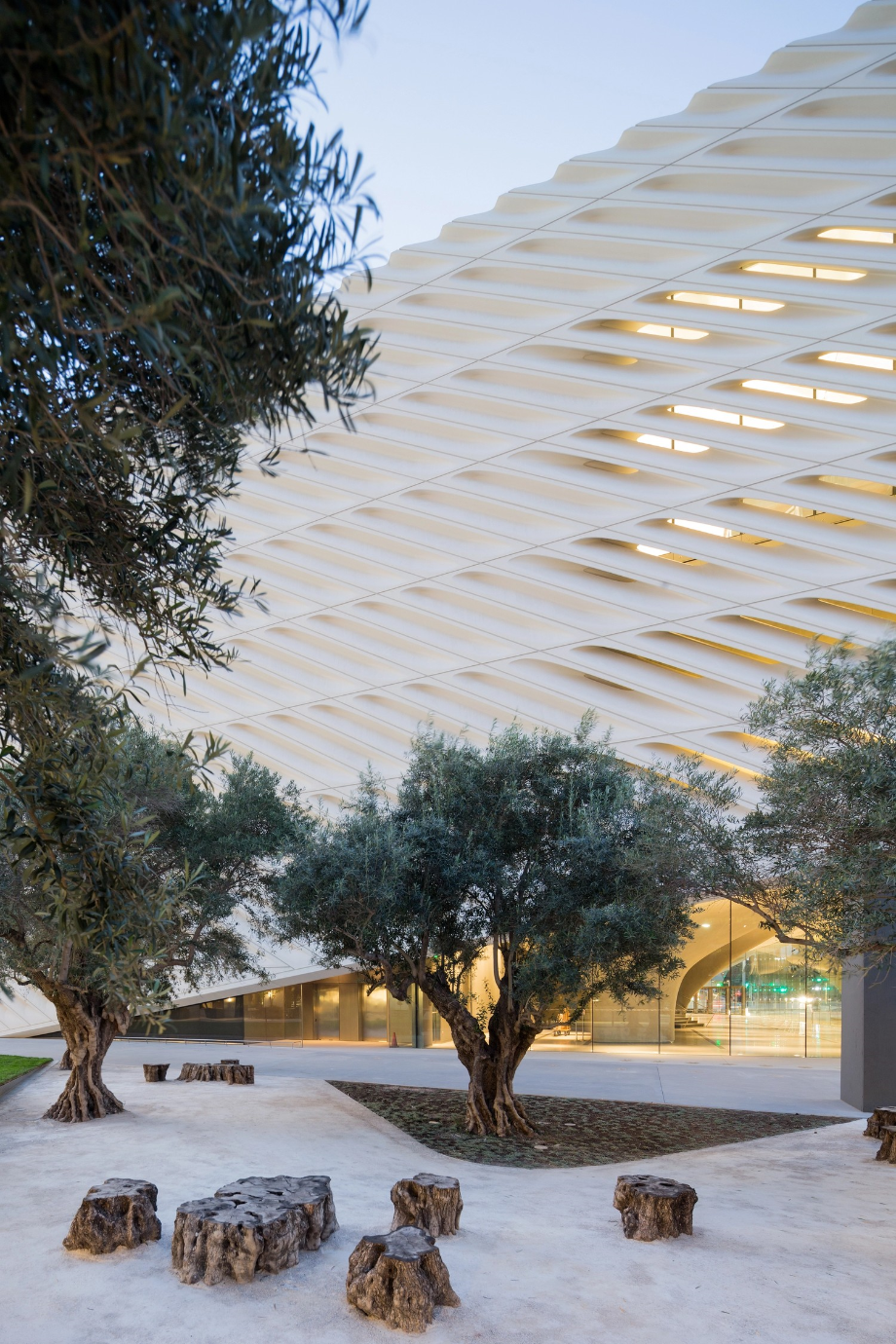 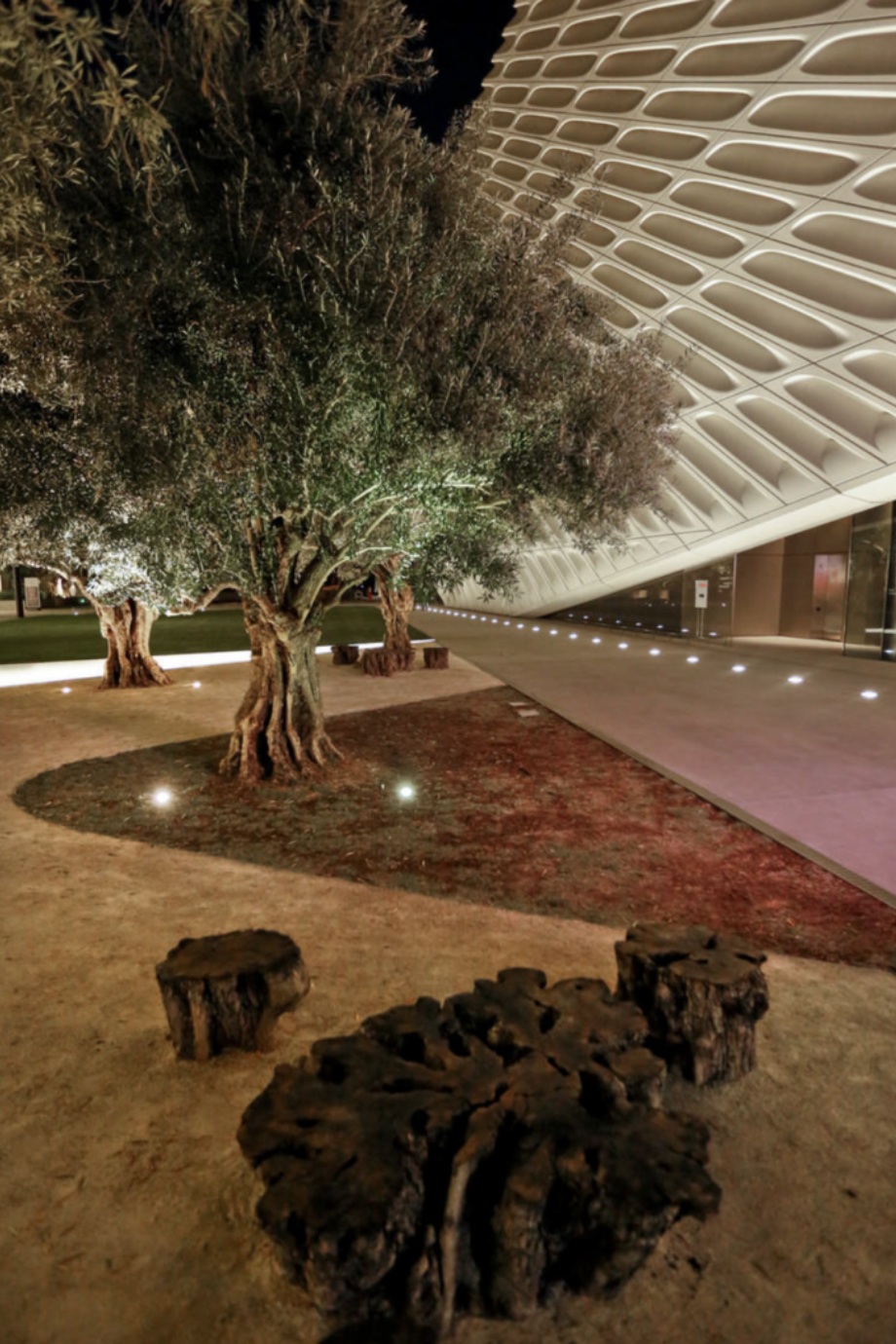 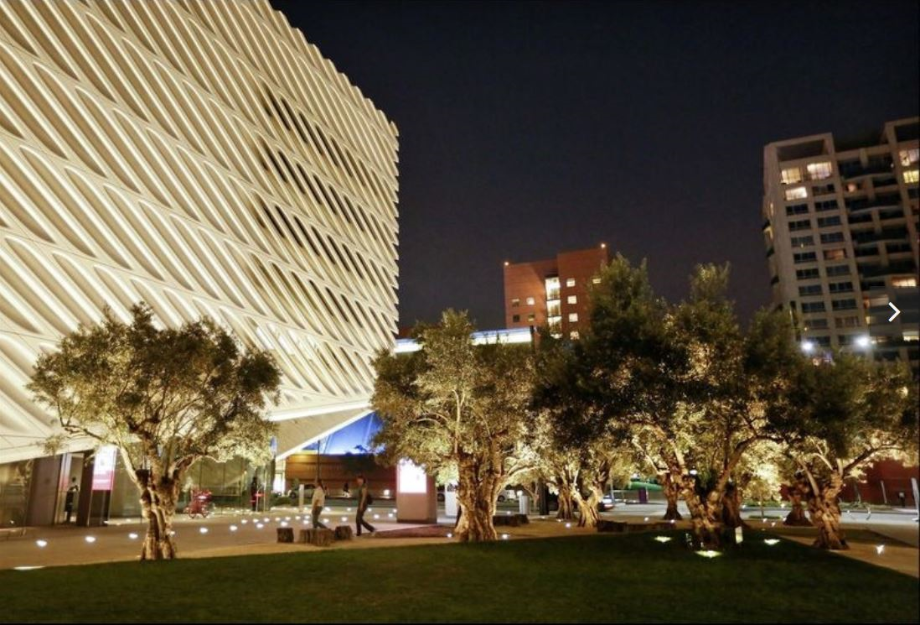 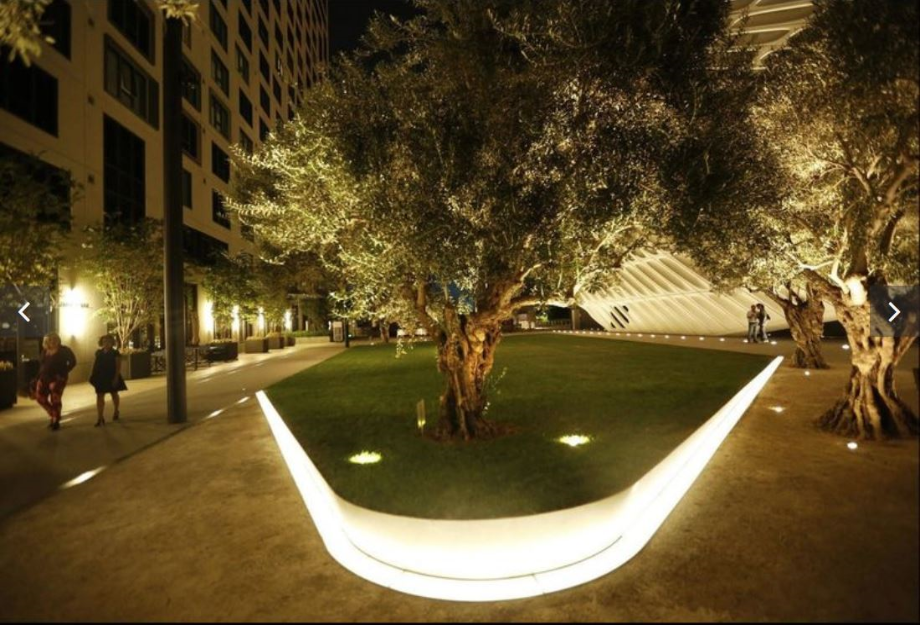 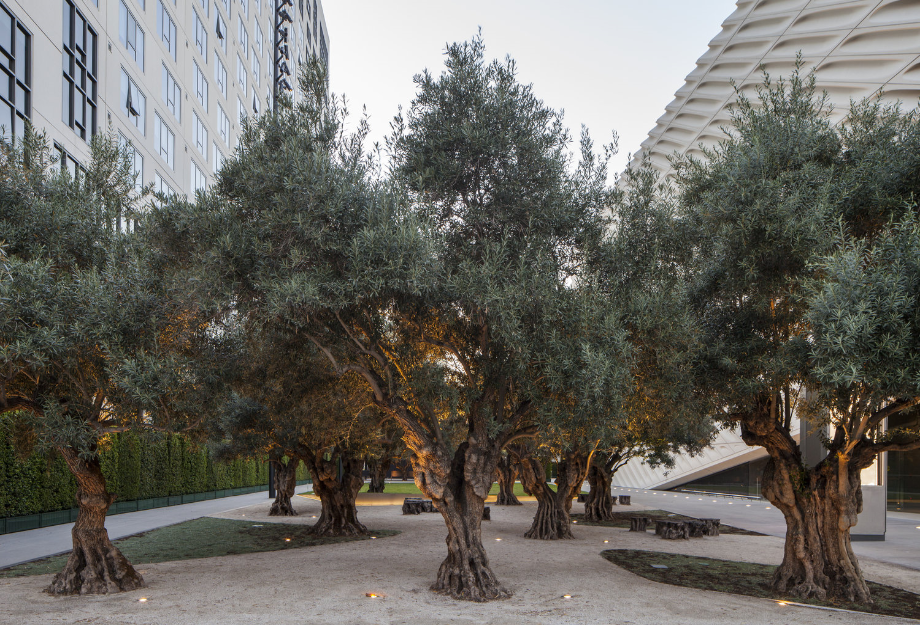 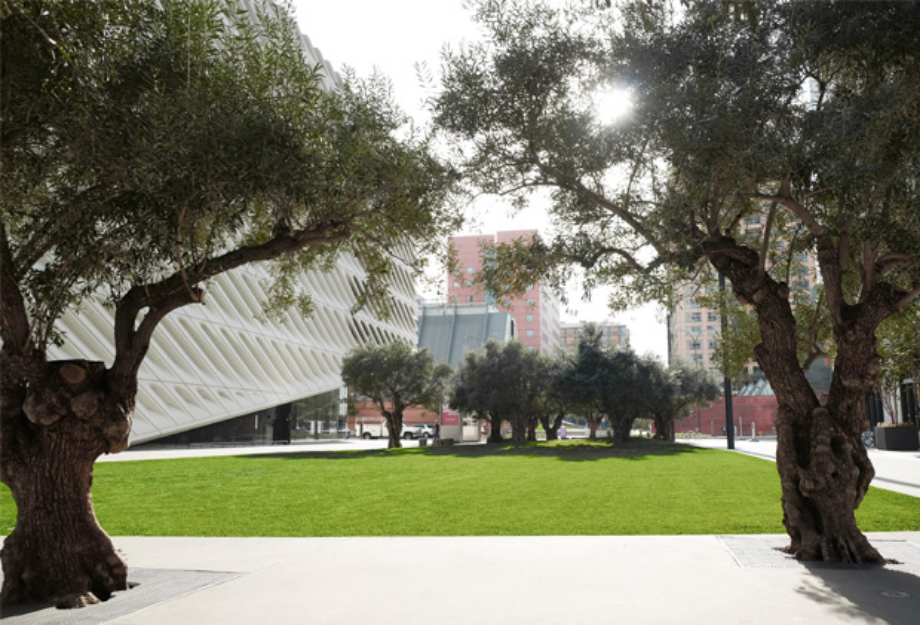 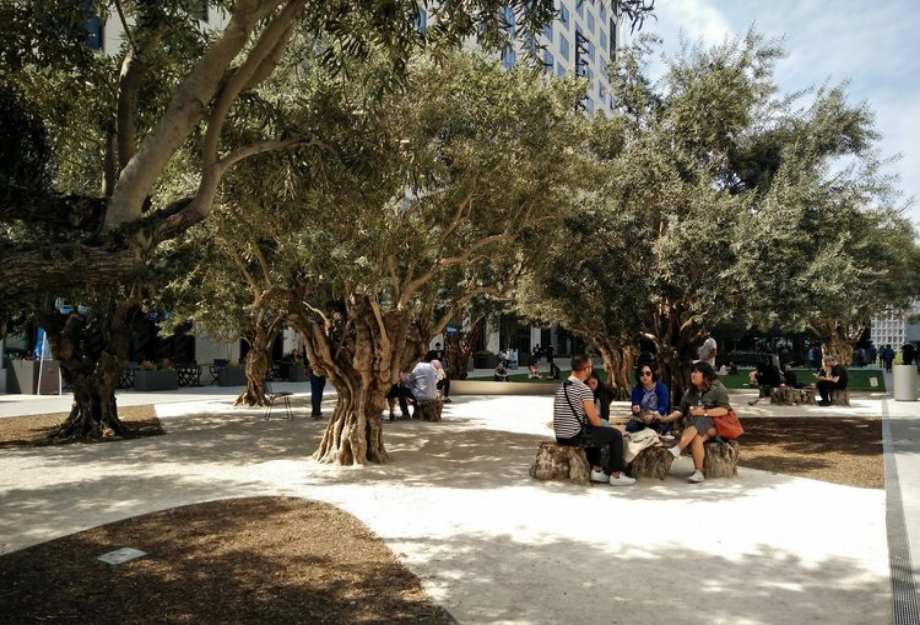 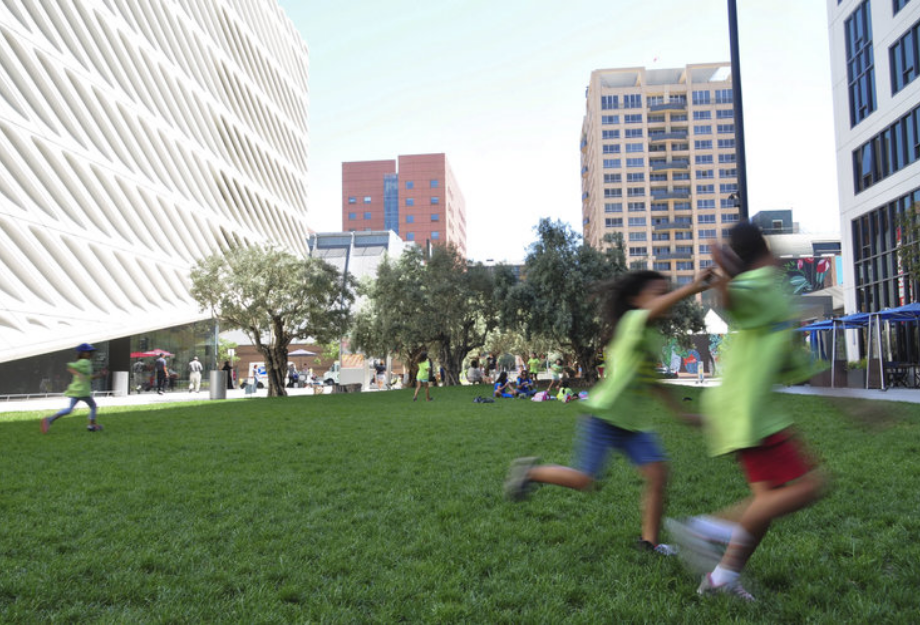 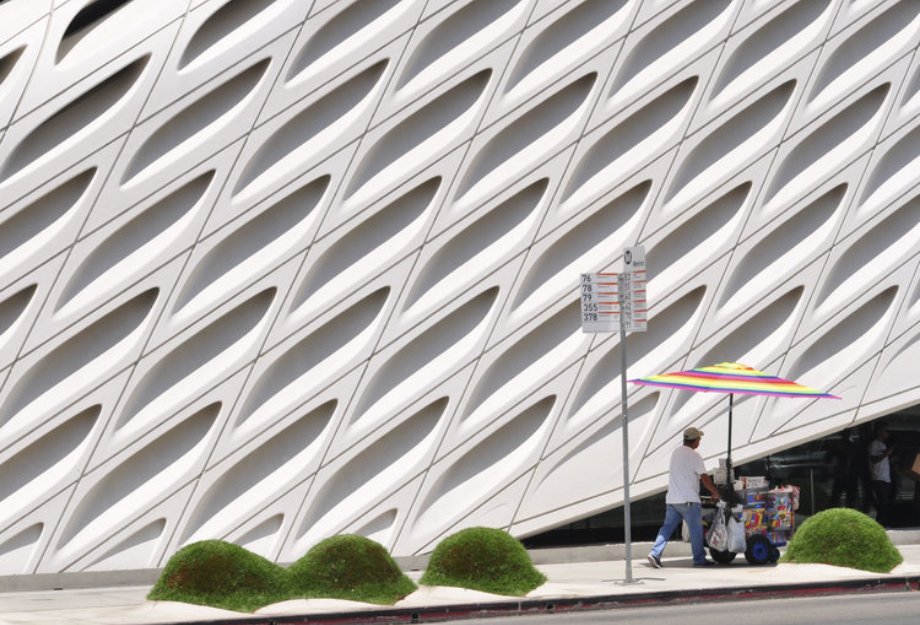 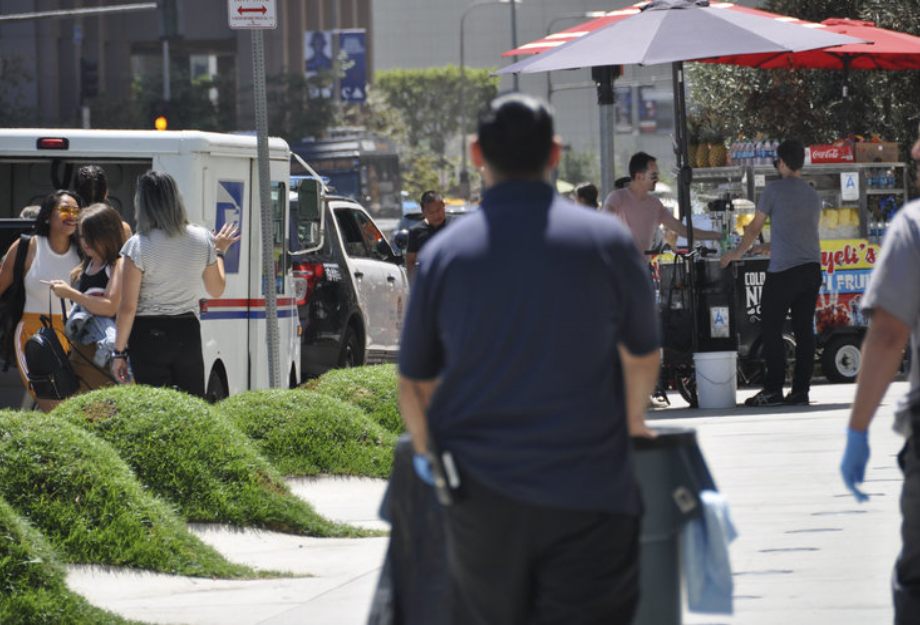 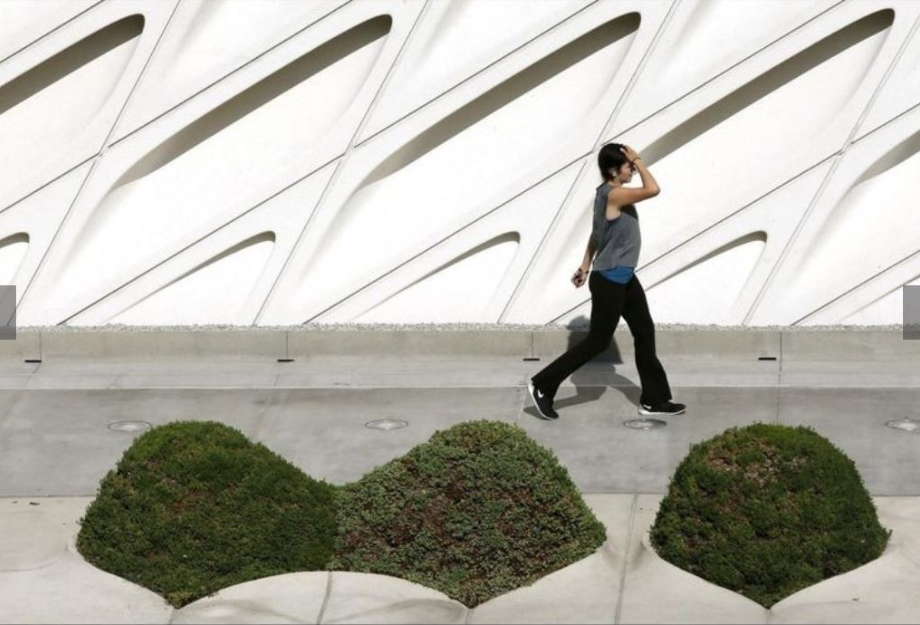 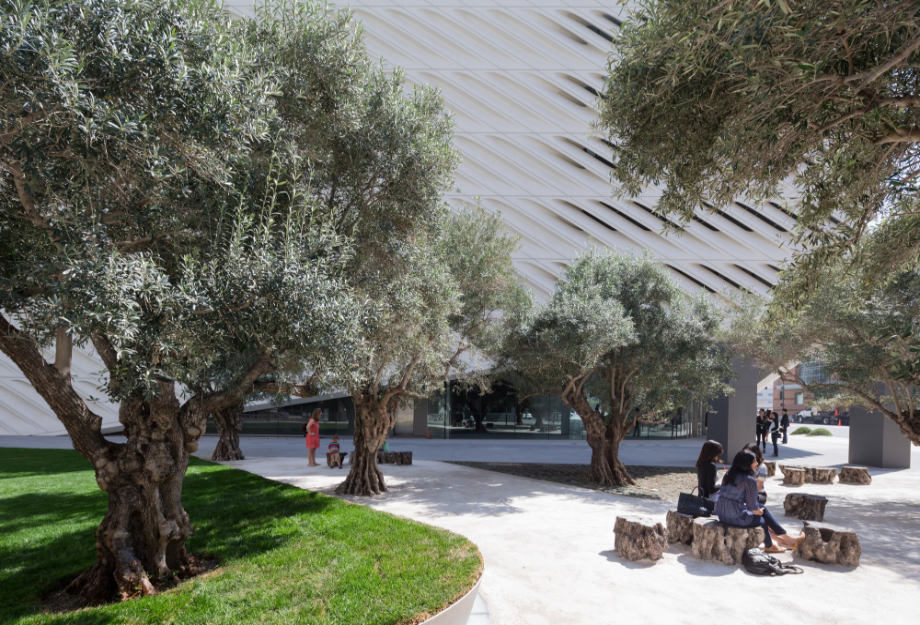 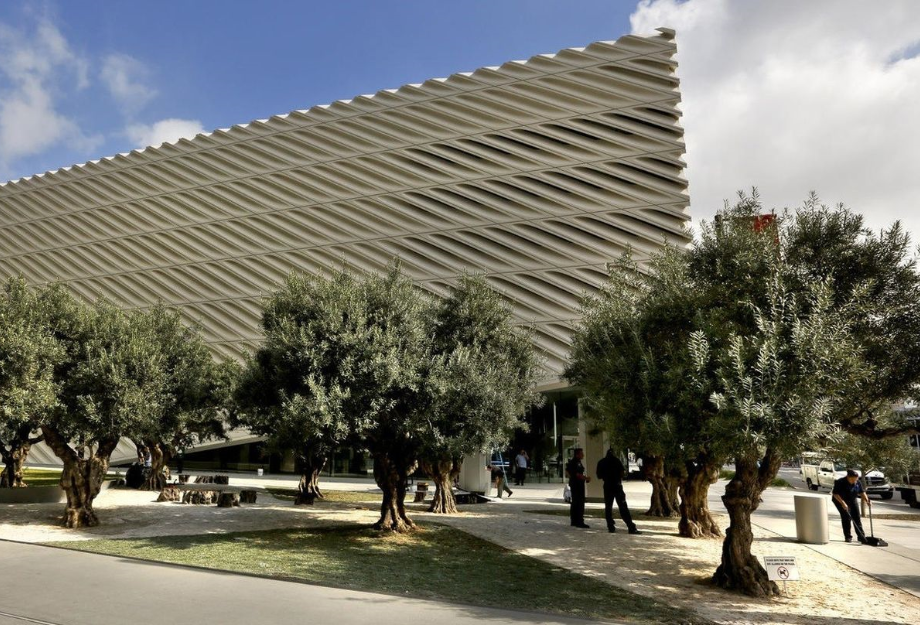 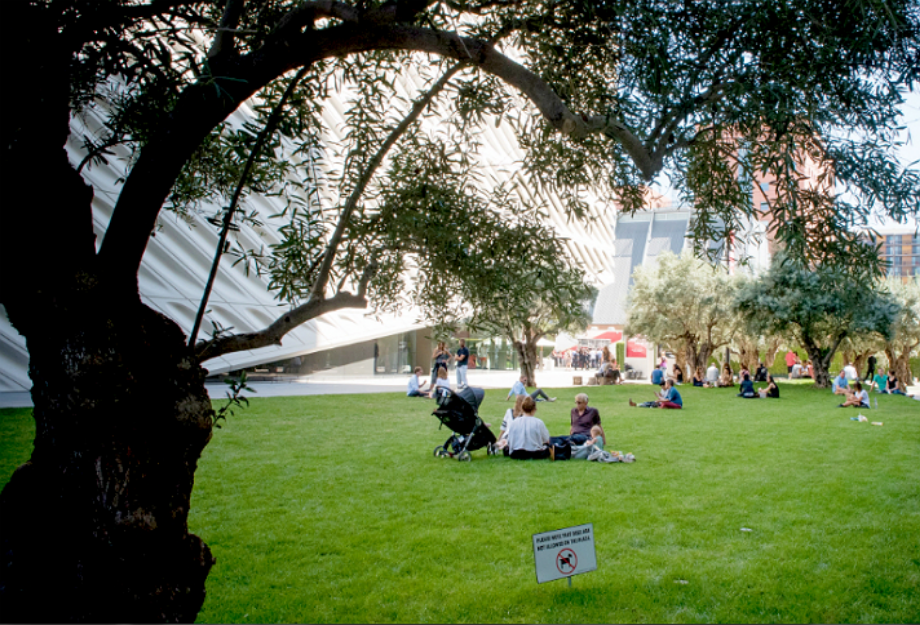