Design theories and Design precedents that I was consciously and subconsciously referencing while developing my logo:

1. Gestalt Theory: Closure | Figure/Ground
The human brain is exceptionally good at filling in the blanks in an image and creating a whole that is greater than the sum of its parts. In the simplest terms, gestalt theory is based on the idea that the human brain will attempt to simplify and organize complex images or designs that consist of many elements, by subconsciously arranging the parts into an organized system that creates a whole, rather than just a series of disparate elements. Our brains are built to see structure and patterns in order for us to better understand the environment that we’re living in.

The most influential early proposal written about the theory was published by Max Wertheimer in his 1923 Gestalt laws of perceptual organization, though Wolfgang Köhler’s 1920 discussion of Physical Gestalten also contains many influential ideas on the subject.

Closure
It’s the idea that your brain will fill in the missing parts of a design or image to create a whole. Even if large chunks of the outline are missing, your brain has no problem filling in the missing sections.
‍

Figure/Ground
The figure/ground principle is similar to the closure principle in that it takes advantage of the way the brain processes negative space.

Your brain will distinguish between the objects it considers to be in the foreground of an image (the figure, or focal point) and the background (the area on which the figures rest). Where things get interesting is when the foreground and background actually contain two distinct images.
‍

2. Bauhaus Design | Graphic Design | Typography
The Bauhaus was a school whose approach to design and the combination of fine art and arts and crafts proved to be a major influence on the development of graphic design as well as much of 20th century modern art. Founded by Walter Gropius in Weimar, Germany in 1919, the school moved to Dessau in 1924 and then was forced to close its doors, under pressure from the Nazi political party, in 1933.

The school favored simplified forms, rationality, functionality and the idea that mass production could live in harmony with the artistic spirit of individuality. Five lessons that Bauhaus School can offer today’s designers: Go back to basics, Form follows function, Break the rules, Think big even when your work is “small”, Get your hands dirty.

Among its many contributions to the development of design, the Bauhaus taught typography as part of its curriculum and was instrumental in the development of sans-serif typography, which they favored for its simplified geometric forms and as an alternative to the heavily ornate German standard of blackletter typography.
‍

3. Yin & Yang
In Chinese philosophy, yin and yang describes how seemingly opposite or contrary forces may actually be complementary, interconnected, and interdependent in the natural world, and how they may give rise to each other as they interrelate to one another.Yin and yang are actually complementary, not opposing, forces, interacting to form a whole greater than either separate part; in effect, a dynamic system. One cannot exist without the other. Duality is the basic feature of the Universe: Bright & Dark, Day & Night, Male & Female, Happiness & Sadness, Flower & Leaf, Mountain & Water.
‍

4. Other Influences: M.C. Escher
Maurits Cornelis Escher was a Dutch graphic artist who made mathematically-inspired woodcuts, lithographs, and mezzotints. His work features mathematical objects and operations including impossible objects, explorations of infinity, reflection, symmetry, perspective, truncated and stellated polyhedra, hyperbolic geometry, and tessellations. Although Escher believed he had no mathematical ability, he interacted with mathematicians and conducted his own research into tessellation.
‍

Logo Design Process: Design Brief -> Research -> Brainstorming -> Sketching -> Design Execution -> Selection & Revisions -> Final Logo
Since this was a design brief for myself, I wanted the logo to express who I am both as a person and a designer. I started by writing down what the logo should signify: Simplicity, Minimalism, Geometry and Duality: Light & Shadow | Positive & Negative. The exploration began by researching and brainstorming conceptual ideas for the logo using my initials 'SP'. This was followed by several rounds of sketching depicting quick logo concepts around the ideas generated. A few promising logo design concepts were selected to be executed digitally. These logos were tested at various sizes, colors and backgrounds. A final logo was then selected that met all design, online and printing requirements. This logo was refined and a final version was generated to be used in various formats.
‍ 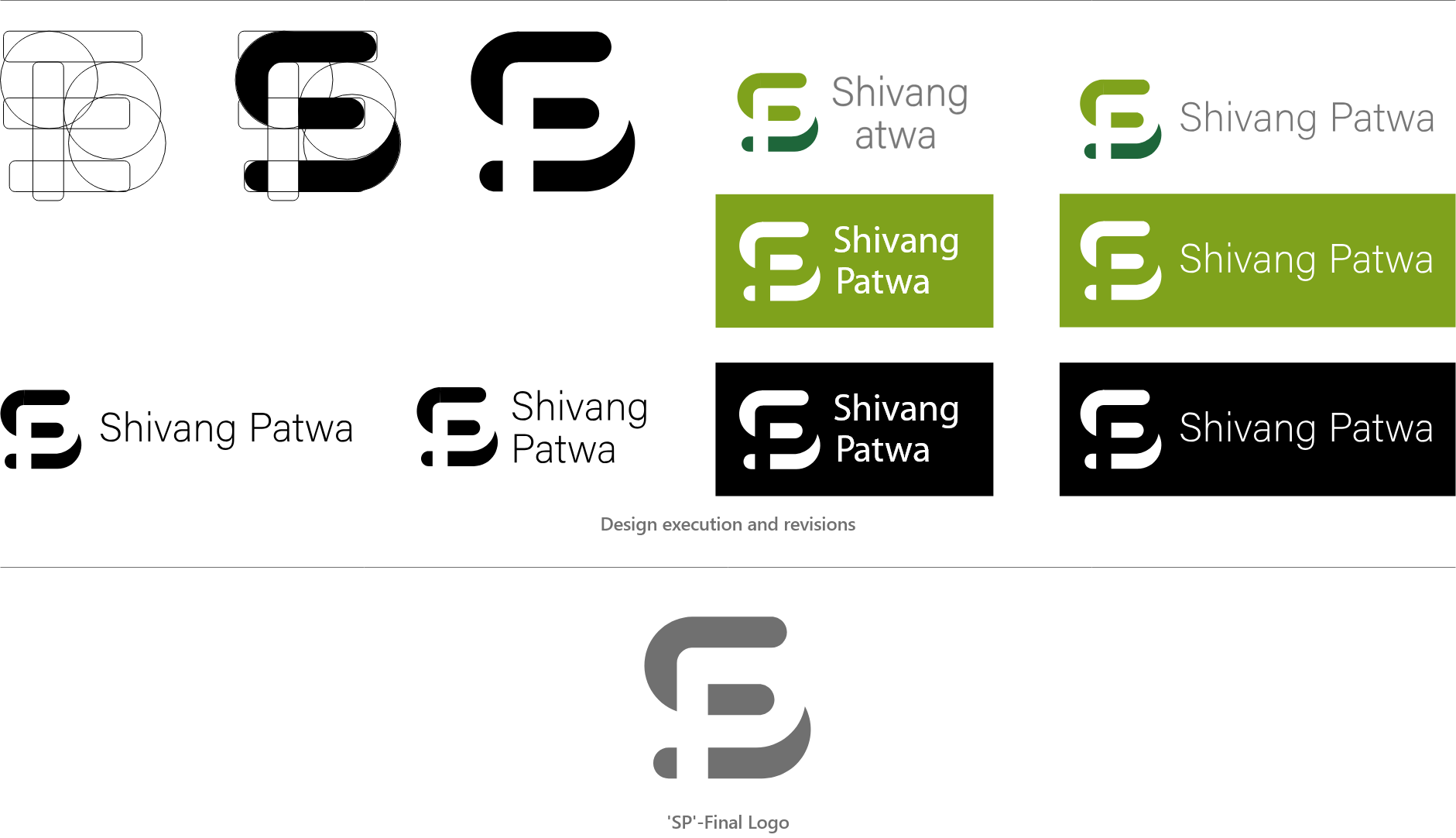